Who Can Sue? Albertson & Davidson Explain

Who Can Sue? Albertson & Davidson Explain 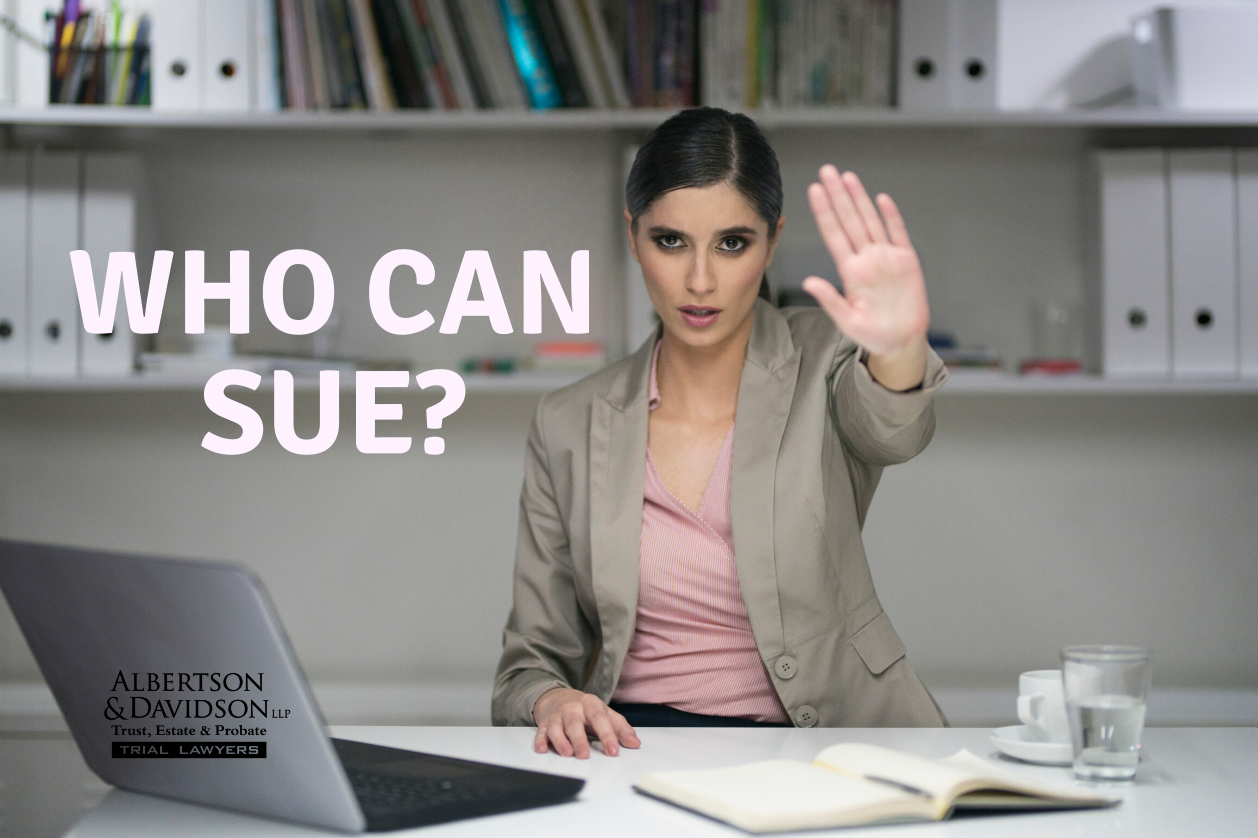 A few years ago, California recognized a new tort that allows plaintiffs to sue for intentionally interfering with an expected inheritance. In other words, you can sue if you were going to receive a gift under a Trust or Will, and then someone wrongly influenced an elder to change the estate plan to remove you (or prevented them from changing it to add you). Sounds simple enough. You were going to receive a large inheritance, now you’re not, and that means it’s time to sue.

But it’s not that easy. There is one big catch to bringing a lawsuit for intentional interference with that is called ‘probate remedy.’ The probate remedy refers to your rights as a family member, prior named beneficiary, or heir-at-law to bring a Trust or will lawsuit in court. If you have the right to challenge a Trust or will in probate court, then you automatically lose the right to bring an intentional inheritance lawsuit.

For example, let’s say your mother created a Trust that named all of her three kids as equal beneficiaries. You were set to inherit one-third of her estate. But two months before her death, your brother convinced mom to change her Trust to leave everything to him and nothing to you and your sister. As an heir-at-law of your mother, and as a prior named beneficiary under the Trust, you have the right to bring a Trust contest lawsuit in probate court. Your Trust contest lawsuit would ask the court to invalidate the Trust amendment that disinherited you, and confirm the Trust as it was originally with each child receiving one-third.

Here’s another example where someone would have the right to sue for expected inheritance. Let’s say you are a long-time friend of the decedent. You spent years as close friends, sharing vacations, seeing each other often, and spending time together nearly every week. Your friend was adamant that half her estate would go to you when she died, and the other half would go to her daughter. The daughter, however, found out about this plan and wanted to stop her mother from giving away half the estate. When your friend’s attorney sent over a draft of the estate plan that left you half of everything, her daughter intercepted the mail and kept the draft estate plan hidden. Your friend called her attorney to request the draft again. And again her daughter intercepted the mail and destroyed the draft estate plan. Your friend died before she could sign the estate plan.

For help navigating your legal options, contact us today.

The information provided on our website and in our videos are for general informational purposes only and does not, and is not intended to, constitute legal advice. You should consult an attorney for advice about your specific legal matter.